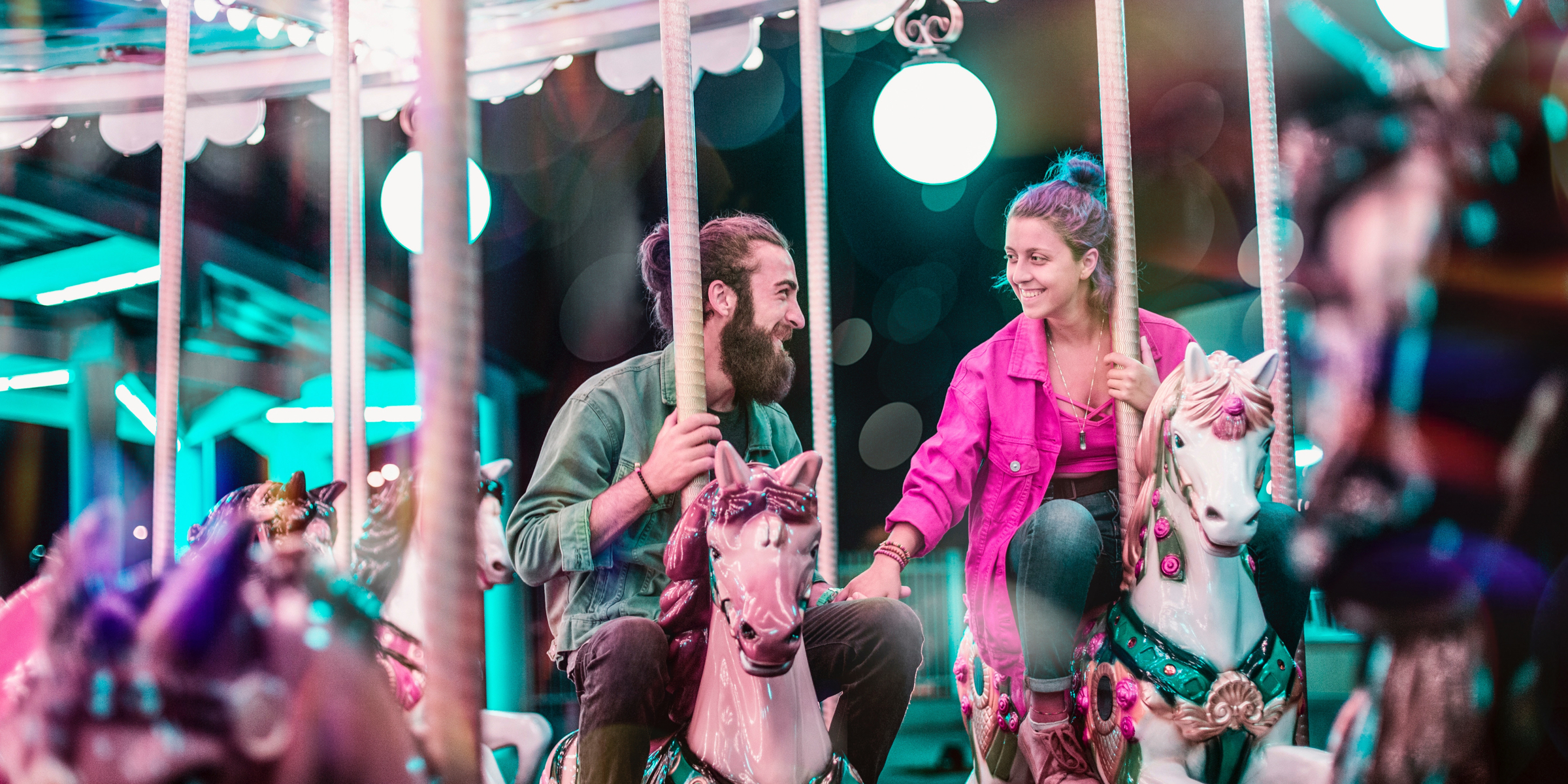 As we began this journey over two years ago to reinvent dating discovery, I’ve been driven with a simple singular thought - “connecting should mean more than a swipe”.  It should be intelligent.  Connecting two people should be based on something other than an impulse feeling of is this person hot or not.

Viren Swami, a professor of social psychology at Anglia Ruskin University postulates that “…physical attractiveness matters most in the absence of social interaction.”  This theory has played well with dating apps that have successfully turned the science of attraction into a game.  Swiping is not social interaction, it’s simply an action.  The byproduct however has fostered a new era of mindless connections that place more emphasis on initial attraction over compatibility, which has consequently fueled a dating industry that has fed off of this state of incompatibility.

After all, business is in the business of being in business, and repeat customers equals profits.

There’s no denying that we all yearn for that euphoric dopamine effect that comes with initial attraction.  It’s the caffeine addict’s double shot of espresso, or the shopaholic’s new pair of shoes.  But as initial attraction fades, what’s keeping two people together?  The bond that was created by swiping right and seeing “You’re Connected” for the first time?

​If we look to those around us who have been successful in forming healthy relationships that have stood the test of time, they may argue that “success” in a relationship is much more than initial attraction.  It’s about substance.  Compatibility.

In a world of quick-serve dating with attraction as the forethought and compatibility as the after, we can’t dismiss that we live in a time where a person from one part of the country can cast their net as far as another state (or country) in search of love.  I can’t remember the last time I heard a person tell me they met someone through a friend, out on the town or at work.  In this app-friendly world where we can order a pizza as fast as we can find a mate, are we confusing a “connection” inside of an app as something as important as love?  I would argue that it’s nothing more than a fleeting feeling that is disguised by love’s chameleon cousin; infatuation.

It’s time to start over and reinvent the process.

Realizing that attraction is important to most of us – we are human after all – behind the scenes, Say Allo is learning as you swipe – behaviors, interests and yes, even “attraction” using the latest in artificial intelligence and machine learning technology.  Combined with a unique psychological approach and a compatibility index that was co-developed by a pioneer of Cognitive Behavioral Therapy (Dr. Brian Shaw PhD), Say Allo has taken a bold new step to embrace technology (and psychology) to better serve singles who are interested in forming relationships that are based on the idea of MORE … of everything!  But most importantly, compatibility.

After two years architecting the science behind our intelligent compatibility algorithm, Say Allo launched in the Spring of 2017 to bring the “You’re Connected” back to "You're Compatible". A year after our launch, people have engaged with the app nearly five million times as they search for their “one”.  Maybe this is the start of a compatibility revolution?  Let’s all hope so!

Can a machine (or in this case, an app) really determine love?  No.

We’ll help you find a few compatible options, but it’s up to you to make the first move and Say Allo.

Join us on this journey to reinvent dating discovery, and make compatibility sexy!