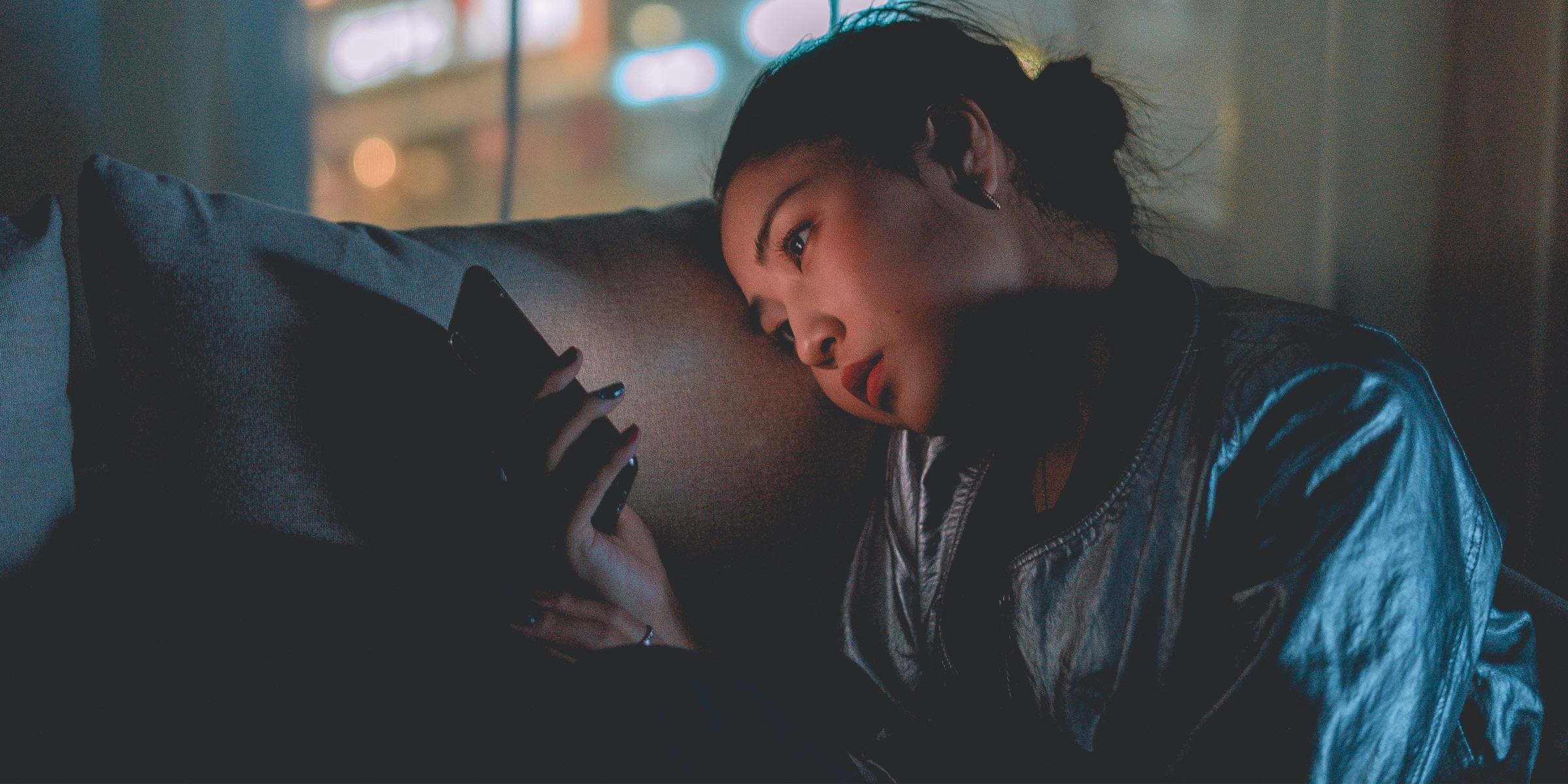 4 Early warning signs a match is not serious

Swiping through matches and looking at what’s available in the dating pool can be fun and entertaining. There’s plenty of opportunities for those looking to dabble in lighthearted flirtations and hookups. But what if you’re not sportfishing, and you’re looking for someone for keeps?

When you’re ready for a serious, long-term relationship, you need a different pair of eyes. You need different criteria when judging whether or not your dates are on the same page as you. This includes keeping an eye out for red flags that jump out at you (without getting paranoid!)

Statistically speaking, the last date you had came from a dating app. Dating on apps is the new normal for singles and it’s made dating trickier and less straightforward than approaching someone at a bar or coffee shop and asking them out. Those romantic interludes, straight out of a 90s rom-com, are a thing of the past.

With it’s growing popularity, the dating app world is now a jungle. Like a character from the movie “Jumanji”, you’ll meet all sorts of unpredictable beasts waiting to attack you at any opportunity you give them. You’ll face dicey scenarios where you’ll need to stay alert and improvise at each stage.

As daunting as this sounds, dating in the tech age can be character-building and amusing. It will make the reward of finding true love so much sweeter, once you escape the jungle. You may end up with a few emotional scratches and bites, and kiss a few frogs, but as the saying goes, anything worth having is worth fighting for.

The path to blissful coupledom is seldom simple or risk-free. It can be draining and chip away at your ego if you’re not careful about who you invest your time and energy in. There are countless stories of both men and women being brushed-off by matches whom they had high hopes for. Most of them never saw it coming, and it came out of left field.

The good news is that we can weed out the players if you know some subtle and obvious signs that people you’re dating don’t actually want a serious relationship. Sniffing out early warning signs while messaging them can save you from the hassles of dealing with flakes. You can move the heck on to find grown-ups who handle relationships with integrity and character.

While it’s not entirely possible to get a clear picture until you meet them in person, knowing what warning signs to look out for in the pre-dating stage, gives you the ability to thin the herd in the dating pool, making the dating experience a whole lot more pleasant and fruitful.

Here are four pre-date signs that show your match is not serious about you:

They take unusually long to respond to messages.

Granted we all have busy lives and we often multitask when we’re dating on apps, maintaining a good flow of conversation is important if you’re serious about someone. A significant delay in replying to your messages is the equivalent of foot-dragging and a tell-tale sign of their approach to dating. Inconsistent messaging that occurs in unpredictable spurts is a sign of someone who isn’t fully invested in you. This happens for several reasons; they are juggling conversations with several matches or they have other things in their life demanding their attention. Even if their schedule is packed and they don’t have much free time, chances are high they won’t be as available as you need them to be if you get into a relationship with them. If someone is really into you, you’ll be their main focus and they’ll make the effort to text at least once a day, eventually moving to phone conversations. A lack of gradual progression to deeper conversations is a classic sign of a lack of motivation in taking things to the next level.

Your conversations with them have been dry/awkward/uncomfortable.

If you’re texting someone new and all their replies are one-word, monosyllabic answers, that’s a red flag. There’s a possibility they aren’t good at expressing themselves on text messaging, but most of the time it’s because they don’t intend on taking things further with you. Even if there's some conversation happening, it’s lukewarm at best. They ask you vague and generic questions such as “Hey. What you doin’?” Words of endearment such as “babe, girl, hottie, dude…” are shady as well. Conversations laced with sexual innuendos or suggestive in any way are a big no-no. According to Dr. Wendy L. Patrick, author of “Red Flags: Frenemies, Underminers, and Ruthless People”, "Pre-date flirting should ... always be respectful. It does not assume the date will yield anything other than great conversation, unless you’re both clear this is a hookup sitch.”

Nailing down times to talk and meet them is already a lot of work.

Trying to figure out a time to talk on the phone or meet them in person feels like nailing jello to a wall. There’s always some excuse for canceling or postponing—a sickness, a busy schedule or something more creative such as their dog barfed on their favorite carpet gifted by their grandmother (it can happen!). Or they simply try changing topics and continue texting without giving you any idea about where this is heading. Your matches behavior is a tell-tale sign that they are conflicted—on the one hand they are interested in you but there are other things that they’re preoccupied with: another person, work or intimacy issues. Someone who is genuinely interested in moving things forward with you would make a concerted effort to not break plans, especially in the first few weeks of dating when there’s usually a lot of uncertainty around it.

They aren’t curious about you and don’t show interest in your life.

If they’re really into you and feel like things could get serious with you, they’re going to want to know everything about you. From generic things like your favorite food and TV shows, to deeper aspects such as your hopes, dreams and aspirations. They want to know what makes you tick and who you are under the social mask. They’re thoughtful about the questions they ask because they want to get a sense of what a future with you is going to hold. Lack of curiosity and effort to get to know you as a person, means that you aren’t that important to them. They don’t want to put in the work in the “getting to know you” phase because they just don’t have plans to progress the connection. Remember, people are willing to work for what they value.

Ready to Say Allo to that special someone you can build a REAL connection with?

Enjoy built-in video features and other features such as compatibility reports by downloading Say Allo at JustSayAllo.com for free. Available for iOS and Android.